Home » About Us » HEALTHY HEROES

Born in Salt Lake City, UT on New Years Eve in 1982, and then raised in Alaska since age three, Kikkan has always been an athlete at heart, aspiring to the Olympics and beyond.  She is a 2001 graduate of East High School and is currently an undergraduate business major at Alaska Pacific University.   Kikkan has raced in four Olympic Games; was the first US woman to win a World Cup and a World Championship medal in cross-country skiing; and owns seventeen US National Championships.  In addition to her athletic and academic pursuits, Kikkan is passionately involved with Healthy Futures and Fast and Female, organizations that promote the benefits of healthy active lifestyles to youth.

Aelin Peterson grew up in Unalakleet and Fairbanks. While at West Valley High School, she was a two-time state high school ski champion and was ranked as the top junior female skier in the United States for three years.  She raced on the World Juniors and World University Games teams while in college at Northern Michigan University, where she earned a degree in Economics with a 3.97 GPA. She later left a corporate finance job to pursue her dream of skiing at the Olympics, and succeeded by representing the U.S. at the 2002 Winter Games in Salt Lake City. Aelin retired from competitive ski racing in 2004 but remains passionate about promoting health and fitness in Alaska. Nowadays, she stays busy with parenthood and her career and finds time to work as a Healthy Futures Spokesperson.

Born just four miles north of the Space Needle in Seattle, Washington, Holly moved to Alaska within days of graduating from Whitman College. The promise of adventure, snow, and ski trails out her front door pulled her North! Once in Alaska, Holly served as the head coach for the West Anchorage High School Ski Team and worked at an engineering firm where she spent time in Louisiana working on Hurricane Katrina. In 2006, she was offered a position at the APU Nordic Ski Center as the head coach for the junior and women’s programs. In 2010 Holly was the talk of the town (and the country!) when she was named to the 2010 Vancouver Winter Olympics team, all while working as a full-time coach!

After Vancouver, Holly was named to the U.S. Ski Team, competed in Two World Championships, won two National Titles, started more than 60 World Cup races and completed the grueling Tour de Ski with a broken wrist! Outside of her ski career, Holly is a top student pursuing a Masters in Counseling Psychology degree at APU where she holds a 4.0 GPA. Holly is a 2-time Tour of Anchorage champion, the 2012 and 2014 Mount Marathon Race champion and a regular contender on the Alaska running scene.

Giving back to the community and inspiring others to live healthy lifestyles is almost as important to her as her own racing. Holly is passionately involved with Healthy Futures and Fast and Female.

Holly most recently represented the United States and Alaska at the 2014 Winter Olympics in Sochi, Russia. 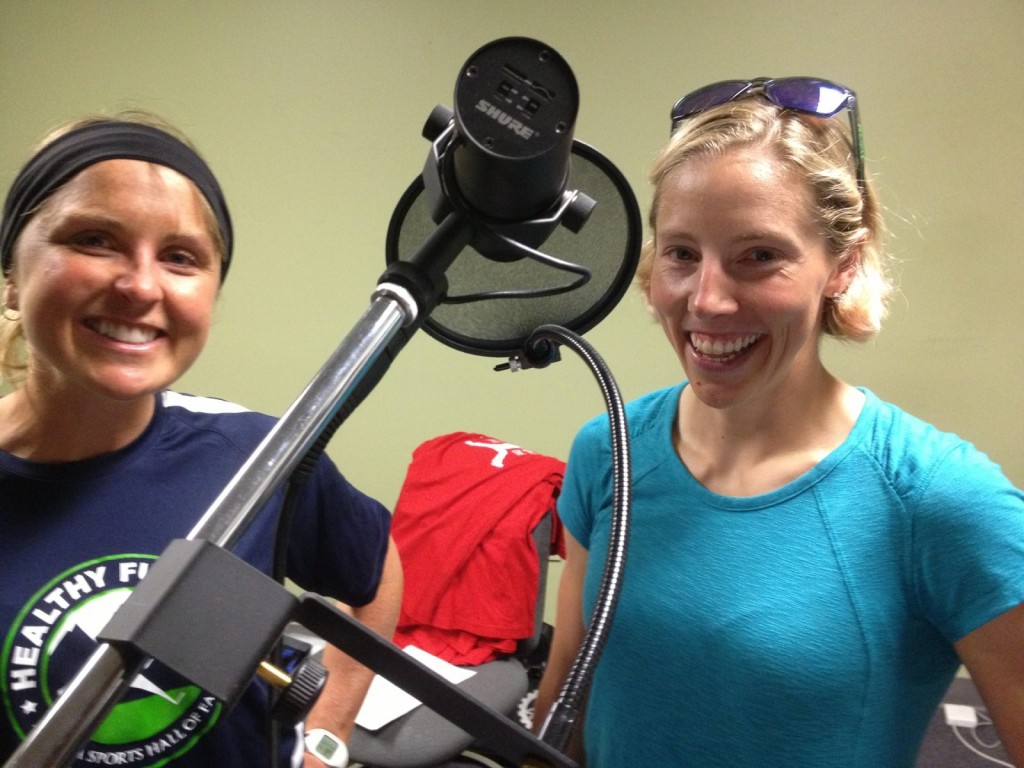 Olympians Holly Brooks and Kikkan Randall came in to record motivational messages for almost 175 schools signed up to do the Healthy Futures Challenge this fall. A big thanks to them for helping inspire Alaska kids to get out and play!

“These two are such wonderful individuals! Anyone want to try and guess how many people they have inspired? We know a number of them! These two ladies have been all the buzz for some of our patients, especially for Alaskan raised girls who have that hometown connection and aspiration for the outdoors! Thank you for all that you do!”

You have Successfully Subscribed!